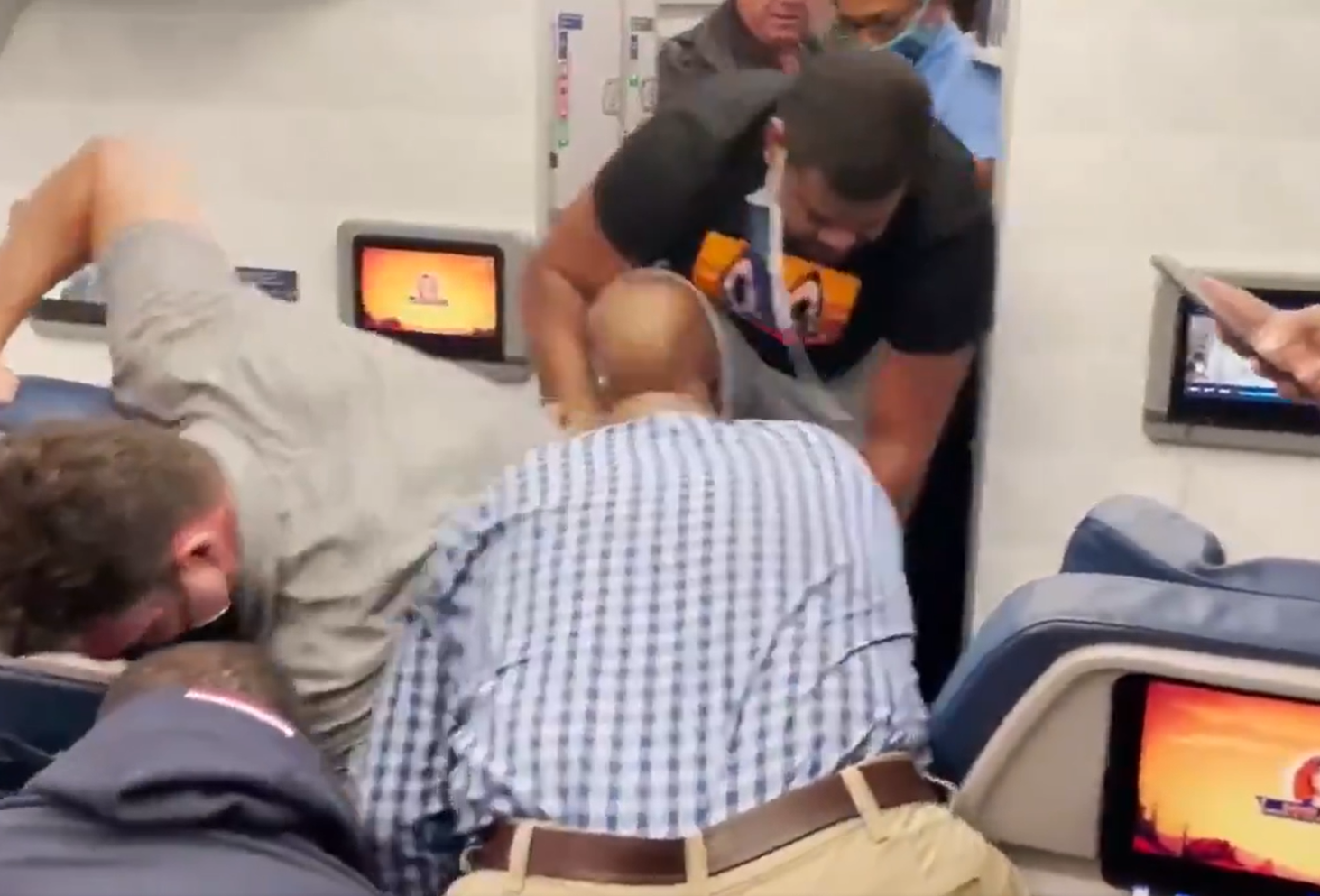 An off-duty Delta Air Lines flight attendant has attempted to hi-jack a Los Angeles to Atlanta flight forcing the crew to land at Oklahoma City.

According to CNN crew members and passengers of Delta Flight 1730 subdued the man after he assaulted two flight attendants and, according to Oklahoma City police, said he was “going to take the plane down.” A passenger said other travelers described the man as strange and that he wore a helmet along with elbow and knee pads.
CNN said that “the packed flight Friday night was about two hours away from its destination when an announcement on the intercom advised passengers to return to their seats and prepare to don their oxygen masks, according to passenger Benjamin Curlee, 29, who was seated in the rear.”
“That created quite a stir,” Curlee told CNN Saturday. “People behind me were saying, ‘Well, that’s really bad.’ I mean that only happens when the plane goes down.”
CNN said that the “unruly passenger was an off-duty flight attendant, according to airline spokesman Eric Zeugschmidt. Witnesses reported that the man briefly commandeered the public announcement system, leading to the on-flight scuffle. No passengers or crew were injured, the spokesman said.”
A couple of minutes after the announcement, Curlee said, the captain asked that “all able-bodied men please come to the front of the plane for an emergency.”
“I feared the worst,” he said. “I prayed that God would protect my family in case I was gone.”
Curlee said he and a passenger next to him bolted from their seats to help but did not get very far.
“We got nowhere near because basically every man on the plane stepped up and was in the aisle,” Curlee said.
As they made their way to the front of the plane, Curlee said, a flight attendant said “the situation was under control” and asked them to return to their seats.
READ THE FULL CNN STORY MORE HERE