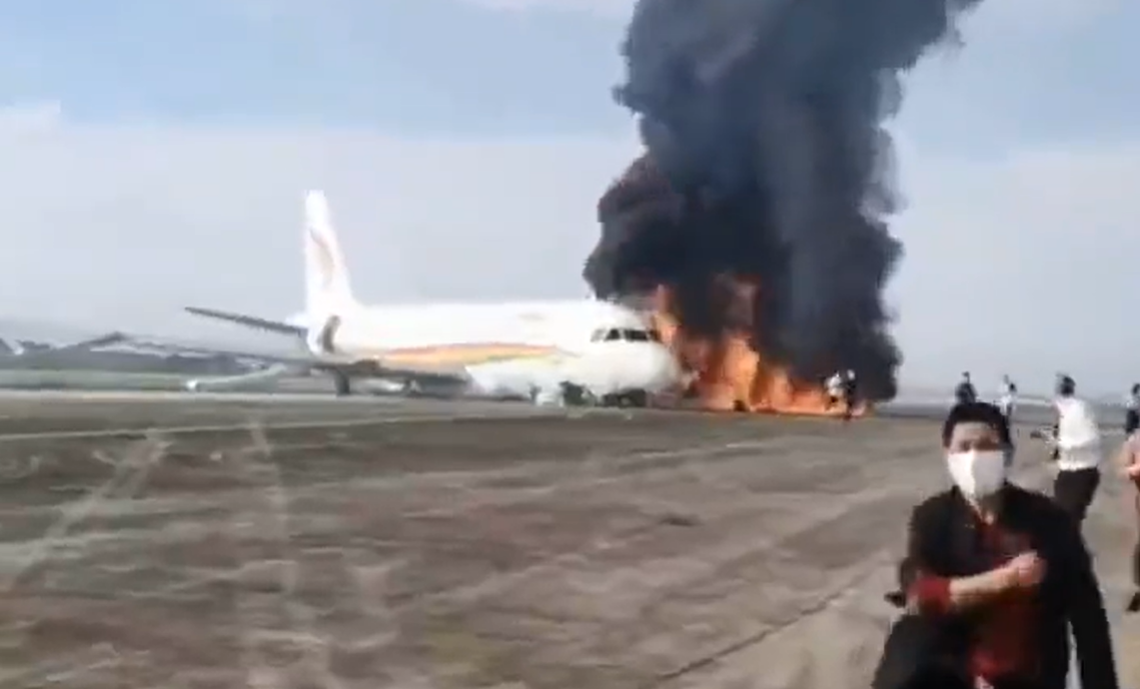 A Tibet Airlines A319 has caught fire after veering off the runway at the airport at Chongqing, China however all passengers and crew were “safely evacuated”.

The flight, TV9833 was carrying 113 passengers and nine crew, and en route to Tibet’s Nyingchi when “abnormalities” were detected and take-off was aborted resulting in a runway overrun.

According to reports, at about 8:00 on May 12, a Tibet Airlines flight deviates from the runway and caught fire when it took off at Chongqing Jiangbei International Airport.#chongqing #airplane crash #fire pic.twitter.com/re3OeavOTA

“All passengers and crew have been safely evacuated,” Tibet Airlines said in a statement.

“The injured passengers were all only lightly injured, and have been sent to hospital for treatment.”

Our rating system is rated from one to seven stars on safety – with seven being the highest ranking. Within each airline you will find the country of origin, airline code, booking URL and seat map information. The rating system takes into account a number of different factors related to audits from aviation’s governing bodies, lead associations, as well as the airlines, own safety data. Every airline has a safety rating breakdown so you can see exactly how they rate.