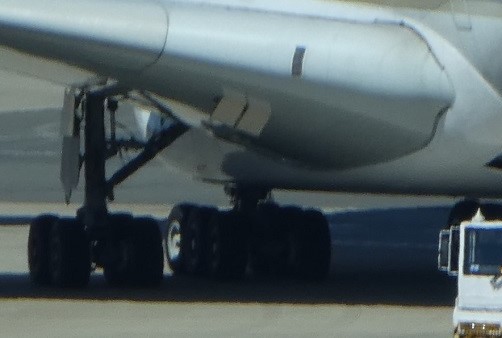 With large super-jumbo airliners like the Airbus A380 and Boeing 747-8 weighing nearly one million pounds at takeoff, their landing gear has to be designed not only to take all that weight while on the ground, but distribute it evenly so the aircraft does not crush the concrete runway or asphalt taxiway below. Even smaller aircraft are equipped with landing gear designed to distribute their weight evenly for runways, taxiways, and ramps at the smaller airports they serve around the world.

To solve this weight-distribution problem, aircraft designers initially came up with two and four-wheel “bogies” mounted on two main landing gear struts that effectively spread the airliner’s footprint weight very evenly on the ground. With the advent of wide-body jumbo jets, additional landing gear struts and wheels were added either under the center fuselage, or just inboard of the wing root. The Boeing 777 features a unique landing gear design with six main wheels located in tandem on each main strut.