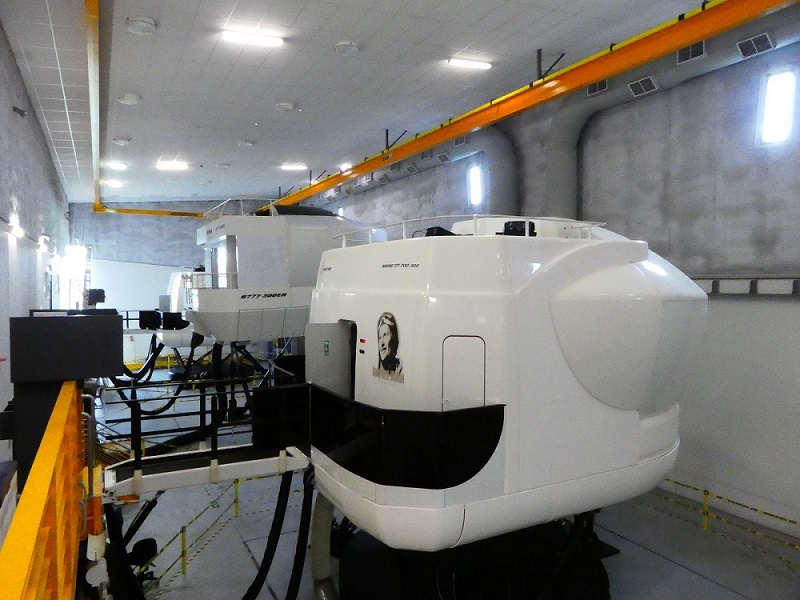 During World War II, primitive single-place Link trainers were state-of-the-art, while airlines used austere Cockpit Procedure Trainers or CPTs. These were fixed mock-ups with pictures of flight instruments, knobs, and handles to enhance familiarization of flight crews with specific aircraft. The introduction of motion in flight-training simulation occurred in the late 1950s, when images from a black-and-white TV camera racing across a model landscape around an airport were projected onto a screen outside the windshield of a fixed cockpit replicating the controls and flight instruments of a real jet airliner.

By the time the Boeing 747 arrived in 1970, simulators had advanced to having six degrees of motion, but even then, flight crews passed their initial tests in simulators and then acquired final flight qualifications in real aircraft taken out of service for training. For perspective, in the first two years of jetliner operations from 1959, training accidents cost more lives and aircraft than those lost in operational service.

Modern simulators are exact replicas of the cockpits of literally every type of commercial aircraft. Their realism lets you feel the movement of an actual airplane and experience sounds and sensations like the nose wheel clunking into locked position below the cockpit floor after takeoff, or the bump felt on landing as the main gear meets the runway. This ultra-reality, coupled with the advent of the digital glass cockpit allows Zero Flight Time Training (ZFTT) which evolved in the late 1970s. Now, conversion training for pilots transitioning between different aircraft types can be accomplished in the simulator with final flight checks conducted during routine revenue flight operations.

Aircraft manufacturers also benefit from cockpit simulators by ‘flying’ them for hundreds of hours before a new aircraft design ever leaves the ground. This enables designers to rearrange instrumentation or improve informational displays, as well as provide detailed data and analysis of the aircraft’s proposed handling characteristics. Thus, millions of dollars are saved by avoiding costly design errors that might only become apparent after the real aircraft has flown.

Today’s impressive airline safety record is a direct result of advances in flight simulation. In the early 1960s, Boeing estimated a staggering rate of 60 crashes-per-one million departures. Today, that statistic is only one-per-million departures. Additional safety benefits include routine training for such hazards as tire blow-outs, rejected takeoffs, engine failures and stalls at low altitude, all of which pose serious dangers to crews flying real aircraft. Most importantly, simulators don’t disturb airport neighbors with noise or produce any polluting emissions, and they certainly don’t burn any fuel!