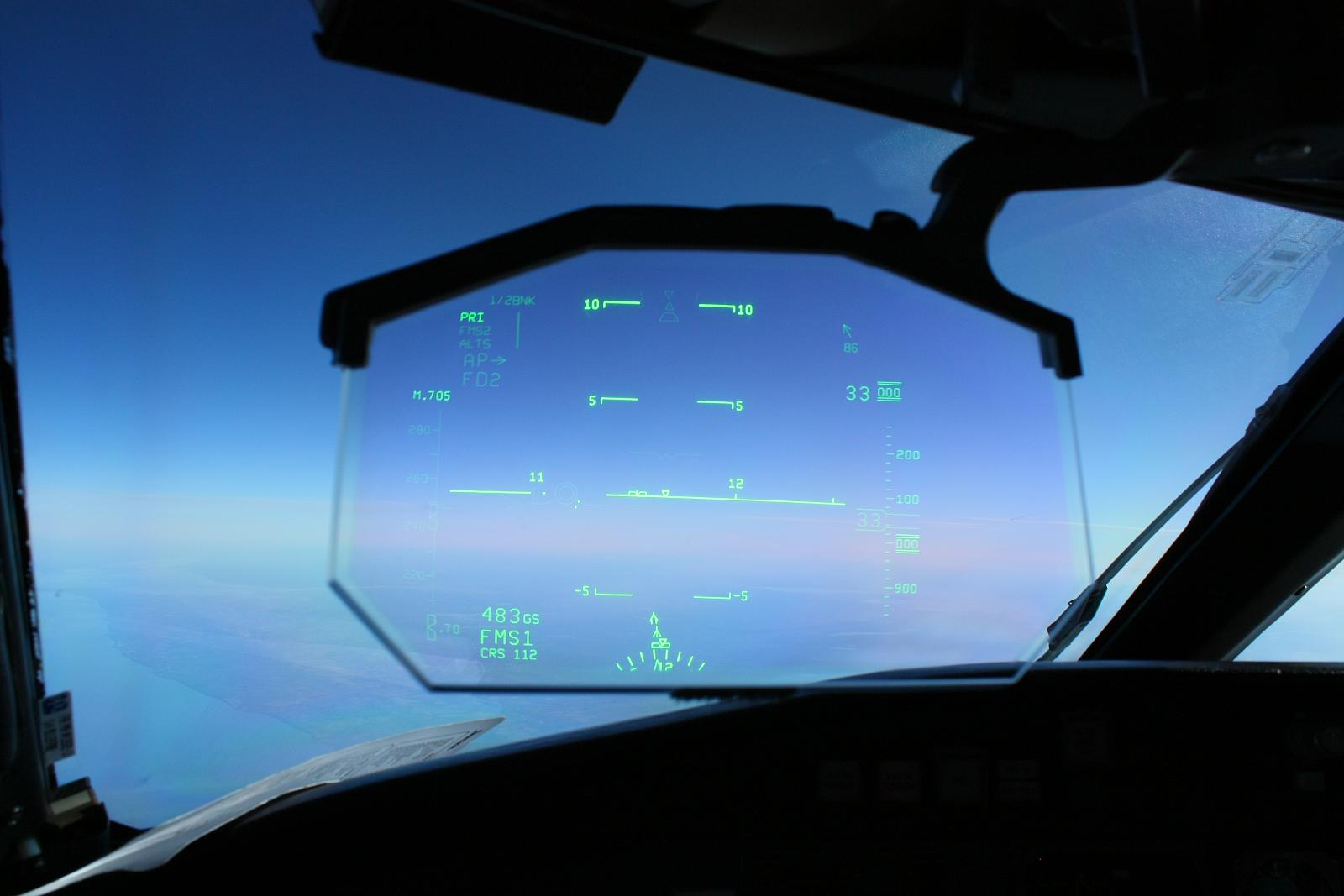 Like so many technical advances routinely used aboard airliners today such as fly-by-wire control systems, digital glass cockpits, side-stick controllers, and even the jet engine itself, the HUD, or Heads-Up Display,Âfirst came into being in military aviation. Seeking ways for pilots to keep their line-of-sight outside the cockpit and avoid having to constantly look down at the instrument panel for information, aeronautical engineers devised a way to project visual data onto ground glass mounted within an airplane’s windshield as early as 1948. This, in essence, replaced the idea of the simple gunsight that had been used in aviation since World War I.

The advent of digital technology made possible the development of the HUD for supersonic jet fighters in the early 1970s. Consisting of two large flat-planes of Perspex glass mounted in a robust framework atop the glare shield of the pilot’s instrument panel, the HUD provided critical flight data such as speed, altitude, navigational information, and attitude relative to the earth, all projected by laser onto the glass as moving numbers and imagery.

HUD-equipped airliners began operational use in the early 1980s with Alaska, American, Southwest and Qantas. Unlike the complex HUD device in military jets, an airliner HUD is mounted above the windshield and folds down only when needed. The primary function of the HUD in airline use is for conducting night or bad weather takeoffs and landings. On landing, the HUD provides visual information into the pilot’s line-of-vision showing not only the runway he is landing on, but even a pre-calculated aim point for touching down on the center line of that runway. This capability enables safe and accurate landings in reduced visibility while providing critical flight data to the pilot, without having to look down into the cockpit and possibly losing sight of the runway.

As with any new technology, pitfalls have been discovered such as channelized attentionÂ or tunneling, where pilots become fixated on the HUD display and lose overall situational awareness. Another problem with early generation HUDs was that their mechanical framework sometimes obscured important outside information such as traffic. Solutions to both these problems were to simplify both the information presented, and structural components of the device.

In the final analysis, the safety advantages of the HUD in low-visibility flight environments and in avoiding CFIT accidents (Controlled Flight Into Terrain) on landing far outweighed these two small difficulties. Formerly an example of highly advanced technological wizardry, Heads-Up Displays have found practical application in any number of contemporary uses. Once only the domain of jet fighter pilots, HUDs have now worked their way into everyday usage in vehicles as varied as personal homebuilt aircraft and even high performance automobiles. In the cockpit of a modern airliner, however, the HUD provides pilots and their passengers a margin of safety at night and in difficult weather conditions that could only have been dreamed about in earlier generations.