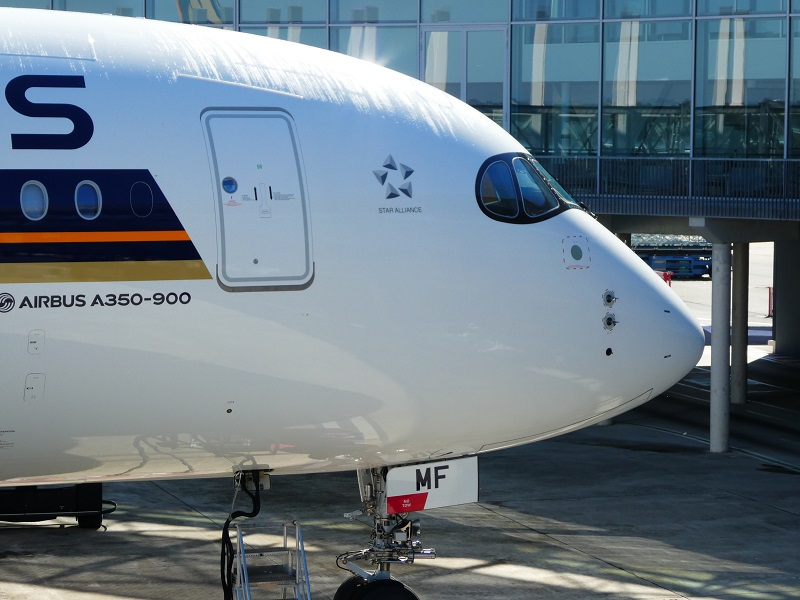 The earliest aircraft were controlled by the pilot simply pulling on a rudimentary cable to move a control surface. However as aircraft became larger, heavier and faster, air loads pressing against ailerons (small moving surfaces on wings), elevators and rudders created forces that could only be overcome by using hydraulic pressure to power them.

It wasn’t until the late 1960s that experimental aircraft first used electrical systems rather than mechanical linkage to activate hydraulic jacks which then moved the control surfaces to direct an airplane in flight. Put simply, the pilot’s instructions or inputs from the cockpit were relayed by electric wire to an electric motor that moved the control surface. Major advantages of the electrical systems were lighter weight, less complexity, and easier maintenance, all of which ultimately reduced the airplane’s operating costs.

Fly-by-wire control systems also affected cockpit design, and this is where Boeing and Airbus differ widely regarding the “man-machine interface,” or pilot controls. Airbus took advantage of fly-by-wire systems to eliminate the control columns and control yolks (steering wheels). Airbus pilots use side stick controllers, or ‘joysticks,’ which function kinesthetically like control sticks in a jet fighter. Boeing pilots, on the other hand, fly their airplanes using traditional transport aircraft control yokes mounted on columns. There are advantages and disadvantages to both systems.

A term used to denote the benefits of digital flight control systems in keeping an aircraft from exceeding its design limits during emergency maneuvers is “Flight Envelope Protection.” The flight or performance envelope defines specific limitations for any aircraft that may not be exceeded for safe flight. Parameters involve airspeed, load factor, and altitude. Flight Envelope Protection allows the aircraft to perform necessary maneuvers in an emergency, yet ensures the aircraft’s design limits are not exceeded.

Situations demanding such radical performance might be executing a sudden climb or turn at high speed to avoid a mid-air collision, or applying maximum power at low speed when encountering severe wind shear (sudden change in wind direction vertically or horizontally) on landing. Many tragic accidents throughout aviation history resulted from the lack of these safeguards, and today’s impressive safety and reliability statistics are a testimony to the advanced technology represented in fly-by-wire digital flight control systems.