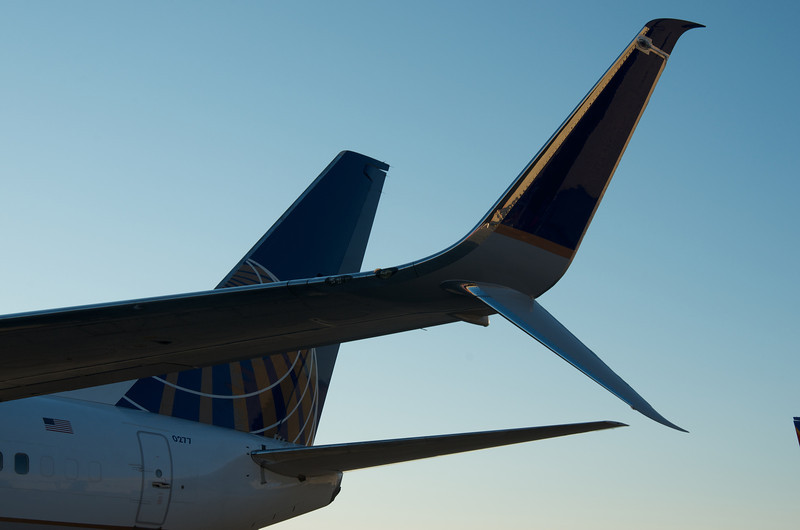 Developed in the late 1960s, winglets were proven to reduce drag on aircraft by as much as five percent, resulting in a number of significant performance improvements and economic savings. Introduced into production in the early 1990s, winglets are now flying on nearly all jet airliners in service today.

The simple explanation of how winglets work is that in addition to air flowing across the top and bottom of a wing inflight, air is also moving over the wing laterally from the root outboard toward the wingtip.  This is called “span-wise flow” and when these two high-speed air masses from above and below the wing meet at a straight wingtip, they converge into a cyclonic tube of turbulent air. Winglets help reduce aerodynamic drag by transforming this turbulent cylinder into a smooth ribbon of air flowing out behind the winglet.

The resultant turbulent air, known as wake turbulence, is the reason that smaller aircraft must be separated from larger ones by certain distances to avoid being thrown out of control by the larger aircraft’s wake turbulence. Tragically, there have been a number of fatal crashes resulting from aircraft being impacted by wake turbulence to both small and large aircraft. Winglets reduce wake turbulence thus minimizing its potential effect on following aircraft.

Winglets come in different shapes and sizes with each type performing the same basic drag-reducing function. They have proven to be very effective even when retrofitted to aircraft originally designed in the 1960s. More modern aircraft designed and manufactured with digital technology, such as the Boeing 777 and 787, have specially designed wingtips that curve backwards called racked wingtips that alleviate the need for winglets. Aircraft with winglets offer reduced drag, increased range, and lower fuel consumption, thereby saving airlines millions of dollars over the lifespan.