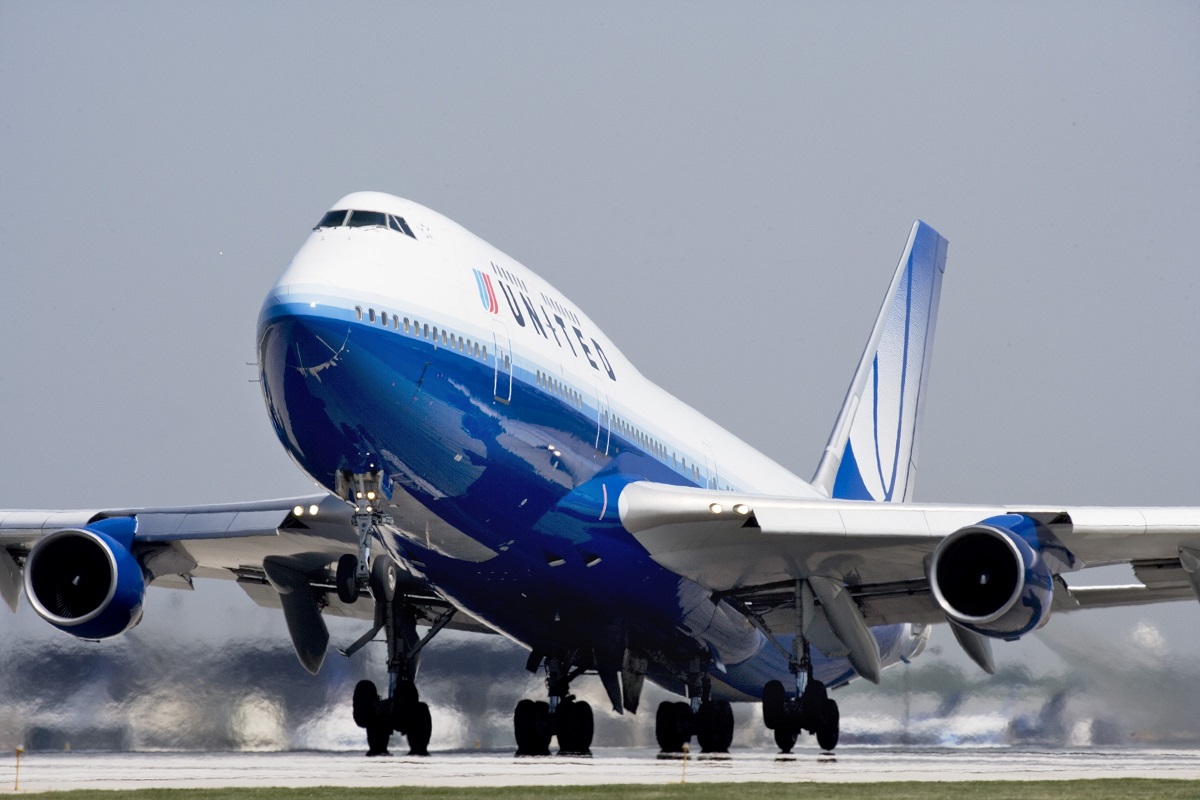 Just after takeoff the most significant noise is the retraction of the undercarriage. Passengers will hear firstly the deployment of the main undercarriage doors and then the undercarriage itself retracting followed by the closing of the doors. If you are lucky enough to be sitting in the very front of a 747 you will also hear the spinning nose wheel as it retracts right under where you are sitting. This is typically followed by a reduction in the aerodynamic wind noise associated with having the undercarriage deployed.

Shorty after the undercarriage is retracted and once the aircraft reaches certain airspeeds the trailing edge flaps and leading edge slats will be gradually retracted. Again once these are fully retracted the aircraft is ‘clean’ and aerodynamic wind noise decreases further.

Many airports around the world require what is called noise abatement procedures. So shortly after takeoff, passengers may both sense and hear a rapid reduction in power which can be concerning. Don’t worry… it will almost certainly be the pilots easing power back to reduce the impact of noise on local communities.

And at some very busy airports air traffic control may keep your flight at a low altitude and thus at reduced power until you clear the area. So almost certainly your aircraft is fine and the pilots are so busy they may not have the opportunity of telling you what is going on.

Like takeoff, there are lots of noises associated with landings. Firstly, however you will have reduced thrust – back to idle – as your flight descends. Then the pilot will start a gradual deployment of the flaps and slats to increase lift while reducing speed. The pilot may also deploy spoilers on the upper surface of the wing to slow the plane and these often cause a noisy buffeting.

Once the aircraft (jet) touches down pilots will almost always deploy the aircraft’s thrust reverser doors which close behind the engines and deflect the thrust forward to help reduce the aircraft’s speed. This will be associated with an increase in thrust. In turboprop planes, the pilots may alter the pitch of the blades to reduce speed and this can also be quite noisy.