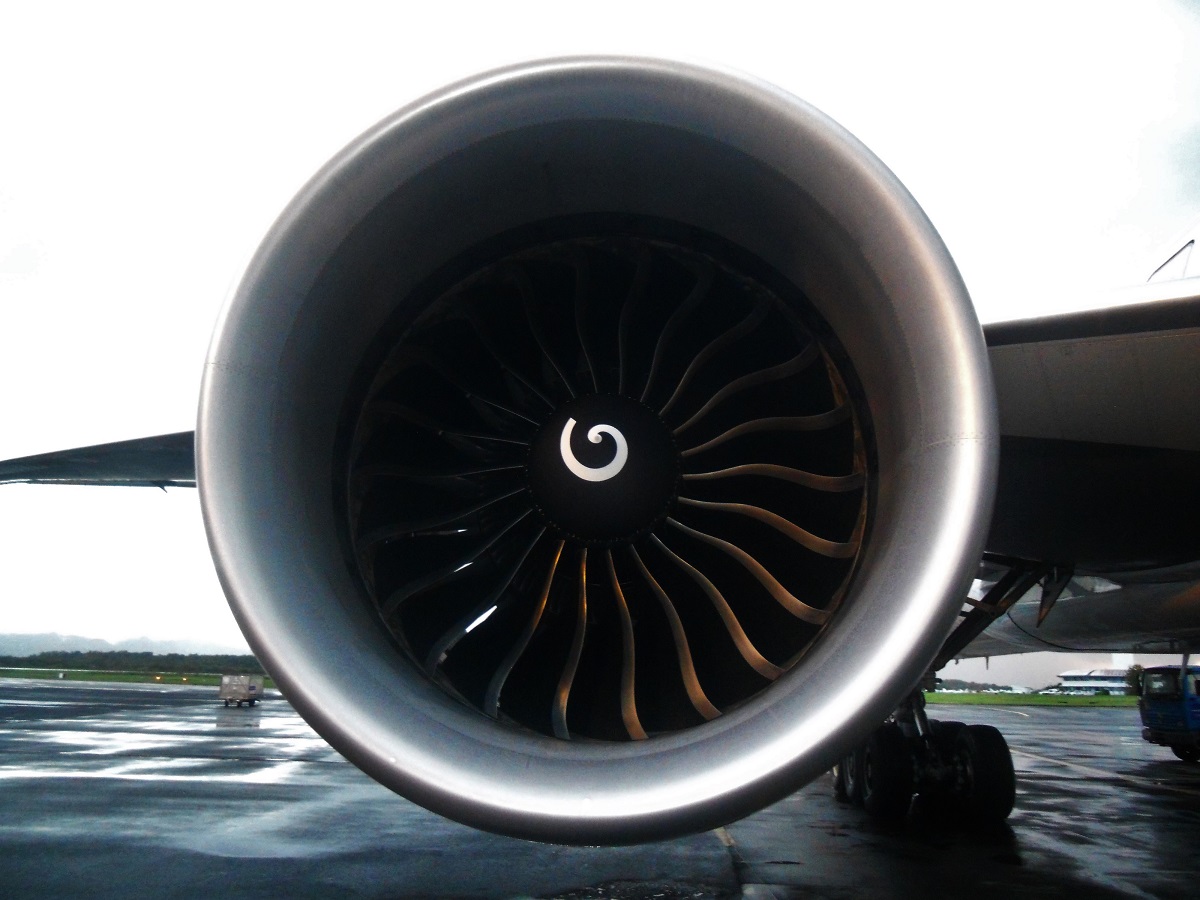 The first jet engines on the Boeing 707 and Douglas DC-8 produced just 13,000lbs of thrust or 20,000hp. The engine intakes were small and an air hostess could barely squeeze in for a publicity photo.