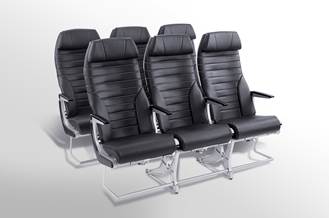 It sounds incredible but it’s true. A First Class suite on some airlines cost $250,000 each and even the humble economy seat can cost $10,000!

The reason is very simple. The seats must withstand a 16G crash force and remain fixed to floor tracks.

In the 1960s and 1970s aircraft seats had to withstand an 8G crash force but crash investigators found that in many crashes passengers were killed not by the crash itself but by seats that subsequently went flying through the cabin. Regulators toughened up the standards to better protect passengers in case of the incredibly rare event of an air crash.

The new standard of 16G is five times more than your everyday crash dummy.