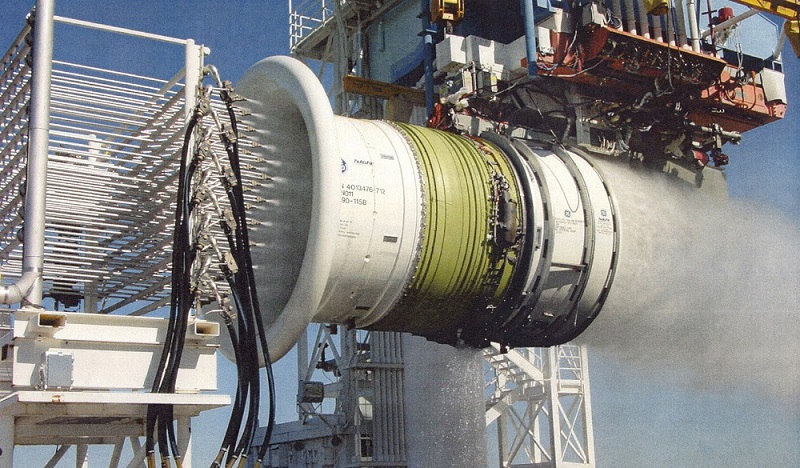 Early jet engines were unreliable. Initially they had an In Flight Shut Down (IFSD) rate of 0.9 shutdowns per 1,000 engine hours but today’s engines, such as the giant GE90, boast an incredible IFSD rate of 0.001 per 1,000 hours.

Part of the reliability comes from the exhaustive and torturous testing to which engines are subjected. The GE90 has been tested to 127,000lbs of thrust or 100,000hp!

Testing of a jet engine takes up to two years and includes one test where 4.5 tons of water a minute is poured into the engine and it must keep running.

After that test ¾ of a ton of hail is fired at the engine in just 30 seconds.

The extraordinary increase in reliability has had far-reaching effects on aircraft design, airline flexibility and costs, all contributing to a reduction in airfares.

Virtually all early jet-powered aircraft had four jet engines to enable them to cross oceans. The only significant exception was the twin-engine Caravelle designed for short ranges around Europe.

In the 1950s, only four-engine aircraft were allowed by regulators to fly more than 60 minutes away from an airport in case of engine failure. But as the jet engine became incredibly reliable, regulators eased restrictions allowing aircraft to fly more direct and economical routes. Today, a twin-engine aircraft such as the Boeing 777 can fly up to 330 minutes away from an airport.

Aircraft builder Airbus put this type of progress into perspective in the early 1990s when it said that its A330 would have to fly 17,880 years back in time to the beginning of the Ice Age before it suffered loss of power from both engines from independent causes.