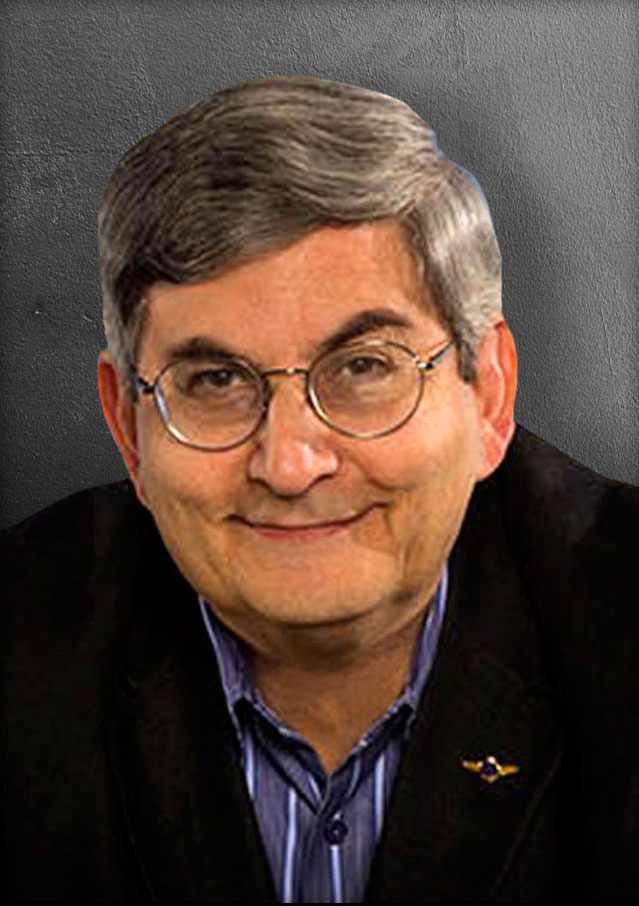 Mike Machat’s passion and knowledge for aviation is bettered by few. Pilot, author, artist, photographer, editor and commentator, Mike has done it all and then some. As the nephew of the chief engineer for Republic Aviation Corporation, he was inspired to his aviation career at an early age. Model building and endless hours sketching planes at New York airports gave way to flying, and he earned his private and commercial pilot licenses.

Mike served in the U.S. Air Force and with the National Security Agency in Washington DC. After relocating to Los Angeles, he earned a Bachelor of Fine Arts degree from California State University, Long Beach, and was hired by the Douglas Aircraft Company as a technical illustrator. There, he quickly advanced through the ranks to become Staff Artist and Corporate Representative for the McDonnell Douglas Corporation.

Moving on from the corporate world, Mike established his own independent aviation art studio and was elected first president of the American Society of Aviation Artists (ASAA). He also became a senior, flight-rated, member of the Air Force Art Program, contributing 21 original paintings to the national collection. His aviation artwork has won numerous national and international awards, and is displayed in many museums and airline headquarters.

As an aviator, Mike has flown in more than 200 different types of aircraft, and every type of airliner from Ford Tri-Motor to Concorde. He has flown with NASA, the Blue Angels, and the USAF Test Pilot School, and was the first Air Force Artist to fly in the Rockwell B-1B Lancer and Grumman F-14 Tomcat in a U.S. Navy exchange program. An avid glider pilot, Mike has logged more than 2,100 flights in sailplanes.

In 2001, Mike expanded his career to include writing and served as Editor-in-Chief for Wings & Airpower magazine as well as Acquisitions Editor for Specialty Press Aviation Publications. He has authored two best-selling books and countless magazine and website articles, and has contributed to another 25 books. Mike brings a wealth of editorial and literary knowledge to all of his aviation endeavors.

What’s wrong with this picture?

Airport of the Future?

“This is the captain speaking”