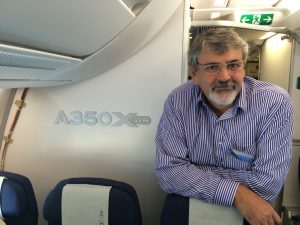 Steve been a journalist for almost 40 years and began covering aviation in the US
in 1992 as assistant business editor for the Pittsburgh Post-Gazette . He joined Australia’s leading national daily, The Australian , in 1997 and became the newspaper’s aviation Editor in 1998.