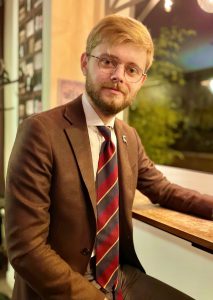 Former French Master Student in history and colorist since 2015, Benoit has always been fascinated by history and photography.

Over the years, Benoit has turned into color, old black and white photographs for
individuals, websites, authors, public and private institutions such as Qantas, Boeing, and Seven West Media.

He has been working in collaboration with Airline Ratings for six years bringing to life old historic airline pictures.

On April 25, 2019, Anzac Day, a range of First and Second World War historical photographs were colorized by Benoit for The West Australian.

Benoit has colorized well over 1000 photos. Just when you think he has reached his peak, he delivers another masterpiece.